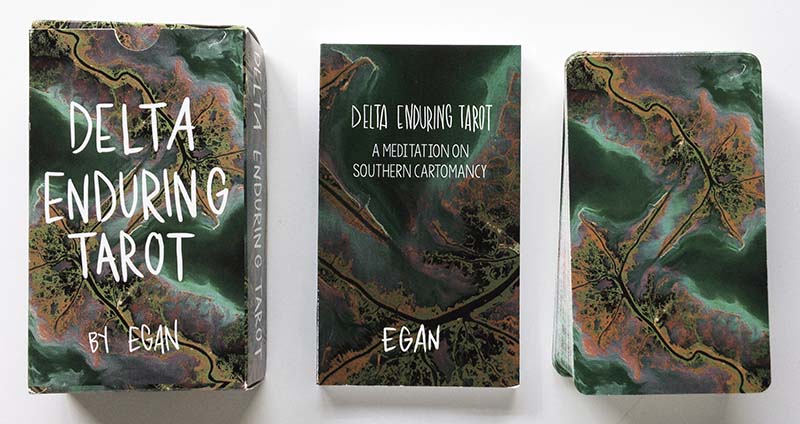 The Delta Enduring Tarot was created by illustrator Egan. The deck’s imagery and themes are inspired by the Mississippi River Delta with focus on South Louisianan culture and New Orleans.

The deck’s style is reminiscent of modern comic book art. The illustrations blend images of everyday life and contemporary political issues with touches of Southern Gothic aesthetic and Magical Realism.

The Delta Enduring Tarot is incredibly inclusive of gender identities, sexualities, and racial diversity. For some, a few of the cards will be polarizing- such as the Devil card’s oppressive energy channeled through an image of a police car following and person of color. This deck is timely. It represents is a slice of reality for many Americans who are otherwise not well represented in modern spiritual and New Age communities.

In the Minor Arcana, the suits have been changed to cast iron skillets (Pentacles), oysters (cups), Live Oak trees (wands), and moths (Swords). The court cards are also reimagined as Novices (Page), Warriors (Knights), Seers (Queens), and Sages (Kings). Refreshingly, the court cards contain a variety of races, ethnicities, and genders regardless of hierarchy.

This deck creatively reimagines Rider-Waite-Smith meanings into contemporary archetypes. For tarot beginners, the meanings will diverge in ways that could be confusing if you’re following at RWS tradition. Some of the Major Arcana seem to reference personal symbolism, but it’s still easy to interpret.

I’m glad to see such a well-thought-out tarot deck with a Southern setting. Being born in Louisiana, and living mostly in Houston, I love a deck that captures life in an urban swamp —alligators and all. Egan includes four bonus cards: The Termite Swarm, The Mardi Gras, the Heat, Harm Reduction, and The Hurricane. Third Coast folks will understand.

The Delta Enduring Tarot can be purchased from Egan’s website.

The Delta Enduring at a Glance

Bonus cards: The Termite Swarm, The Mardi Gras, the Heat, Harm Reduction, and The Hurricane 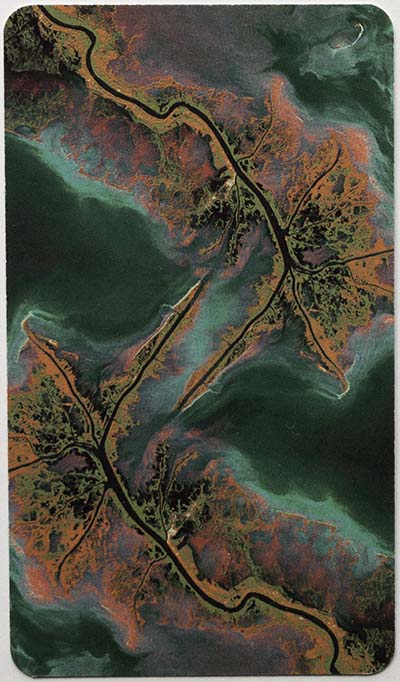 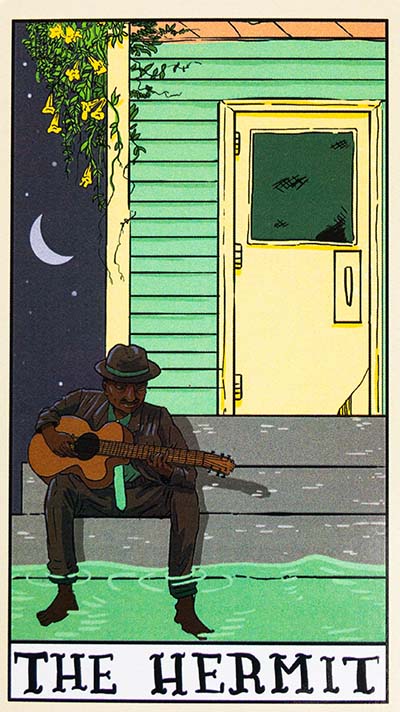 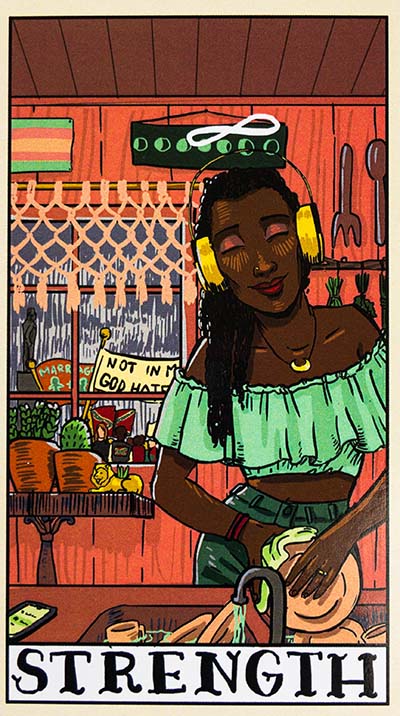 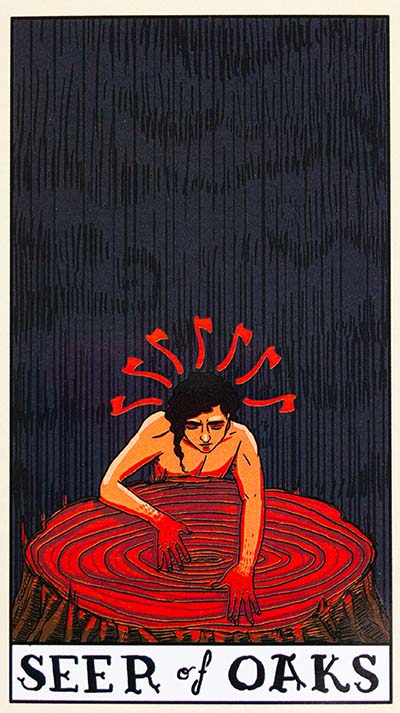 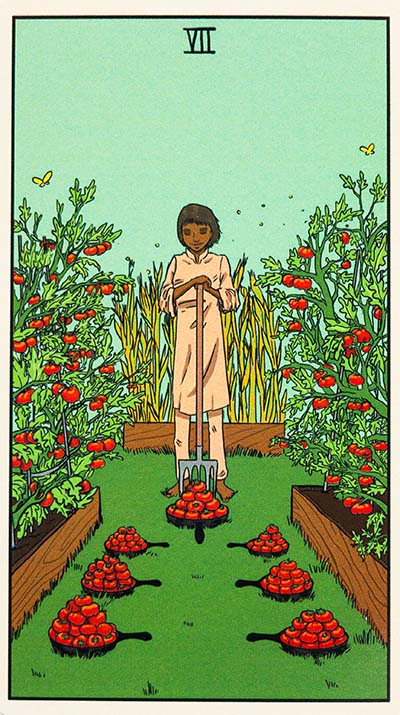 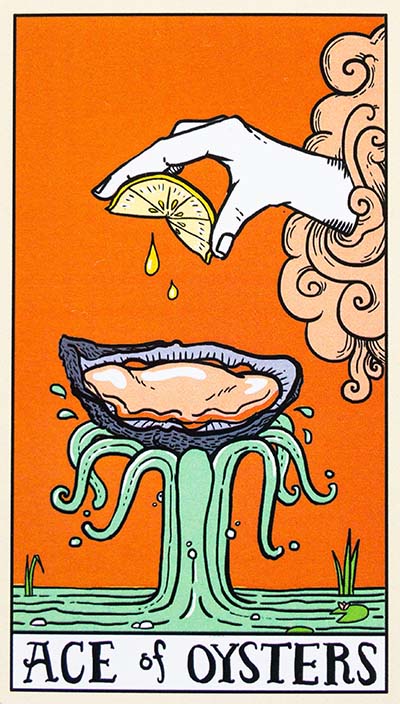